My Breakup with Veganism 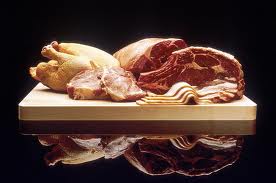 If you are a particularly observant blog reader, you may have noticed that I have made a few animal product-infused posts of late.  Be assured that you are not hallucinating and that although my blog is still titled "vegangreenie", I have indeed called it quits with veganism.  Of course it was difficult to let go (we had, after all, been together for 5 whole years) but it was necessary since, although a vegan lifestyle is great for some people, it did not work for me. Allow me to explain.

Back when I was 20 years old, I got really enthusiastic about health.  I was newly discovering holistic living and I happened to be researching a diet fit for Type 2 Diabetics for a friend when I stumbled upon a website devoted to the joys of veganism.  As I read about how great an animal-free diet was for your body, the environment, your wallet and your conscience I began to want to change my habits into ones that were more animal-friendly.  After all, I grew up with animals and the idea of living in harmony with nature like the Zen Buddhist monks I admired really appealed to me.  Never one to leave off for tomorrow that which can be done today, that day I bought a ton of vegan cookbooks and began to navigate my way in veganhood while living in the seemingly meat-obsessed province of Alberta.

It was hard at first, considering I had never cooked before and I had to teach myself to cook all my meals since vegan fare in Calgary was hard to come by, but I was dedicated and I made it through.  I even backpacked around Australia and New Zealand completely vegan and I must say those first 3 years were great! I felt healthy, full of energy and so clean and light.  The first few years on a vegan diet are like a really nice detox for all your cells and I would definitely recommend anyone to give up animal products for a few months to a year to reap the benefits.  However, I should have known that sooner or later the honeymoon would be over.

It sort of started when I got accepted to CCNM.  Although vegan products were easier to come by in the enormous and progressive city of Toronto, the demands of the intense program and the added stress meant that I ended up dedicating less and less attention to my diet and it began to get quite unbalanced. What made matters worse is that not matter how many iron supplements I took, my anemia was growing worse and worse.  Although my ND was gently suggesting that I add some meat into my diet since my iron levels were verging on dangerously low, the seriousness of the situation only hit me when I held my stethoscope to my own chest and heard the unmistakable arrhythmia that was induced by my long standing anemia.  It suddenly occurred to me that in order to spare many animals, I was harming myself so from that day onwards I began eating meat.

Now, although I do eat meat now, I did not return to the Standard North American Diet filled with artificial and preserved foods.  I do not eat flour or sugar, since my body doesn't process either very well.  I realize the importance of balance and whole fresh food, so I follow these simple rules:
1. Buy organic meat and animal products as much as possible (it's cleaner for your body and it just tastes better).
2. Eat mostly fruits and vegetables, with meat being simply a meal accompaniment as opposed to the main star (you only need about 4 ounces).
3. Prepare everything as close to its natural state as possible.  This means real cheese and yogurt (ie no 'modified milk ingredients') and minimal sauces, spices etc.  I'm a huge fan of baking/roasting my food so that their true flavors are enhanced and you don't need heavy sauces etc.
4. The perfect salad dressing is real olive oil and vinegar-it's that simple.

My final notes on veganism is that it is a great temporary cleanse for your body but many people may find the diet unsustainable in the long run.  From experience, the people who are able to do well on a vegan diet for a long time are men (this is probably due to the fact that they are not losing iron stores every month like women are) and it's great to combat cardiovascular disease in this particular population.

Have a balanced, nurturing day!